Skip to content
Breaking the Wheel as a Leader 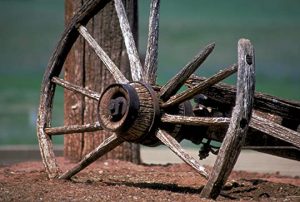 Companies, both big and small, get caught up in the routine. This routine is often referred to, symbolically, as a wheel.  An object that keeps rolling over and over, never to stop. That being said, this wheel is a double edged sword. In one hand it may bring continued success for a company who has built a strong wheel and aimed it in the right direction. On the other hand, it could be a detriment if set rolling in the wrong direction because changing courses is quite difficult. This, in my opinion, is the hardest part of being a leader. So why should a leader consider Breaking the Wheel?

Where is the Wheel Taking you? 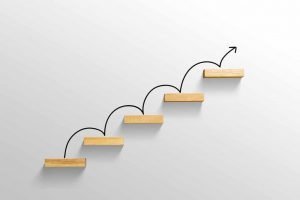 If the wheel (or routine) is taking you in the right direction, go with it. There is no sense in breaking the wheel if its methods are working. However, if that wheel is leading you in the direction of any of the following, you should definitely consider breaking it before it does more bad than good. ‘

Often, a poorly directed wheel will run your team straight into disunity. And this outcome will be the main reason your company is not as successful as it should be. Or possibly unsuccessful all together. Often, I see teams broken because the ‘wheel’ is rolling in favor of one worker over the rest. Maybe because of title, or special favor to the owner or administrators or maybe they contribute more to the success of the company as a whole. In whatever case, bias towards one party will inevitably create division among the rest. So make sure that disunity is worth it.

There is nothing more confusing than working for a company who claims one vision, but allows the wheel to continue down an antithetical or contrary path. For example, a company who tells their employees that ‘the customer should always come first’ and then disciplines an employee who didn’t get a task done because they were assisting those customers. Or, treading on toes here, a company who says, ‘You have unlimited Paid Time Off’, but shames or disciplines employees who are still completing their jobs but taking time off.

Often the result of a wheel running headlong into the realm of ‘task completion’ over ‘common sense.’ I remember working in retail and being responsible for the layout of a shelf that came with a diagram on how the company wanted said shelf to look. I set it and it looked awful. So I changed it. The District Manager came in and said, ‘Oh my. That looks AMAZING… but it’s not to diagram’. I was baffled. Asking why we should do it the other way when that looked bad; the DM replied, ‘It looks ugly, and your way is better, but we go by the diagram because that’s the policy.’ And I understand that idea, but when the wheel travels for the sake of traveling, I think everyone feels aggravated by it.

What are the Cons to Breaking the Wheel?

Weighing PROS and CONS is a vital part of any good Leader’s role. Very few things in life are cut and dry. So seeing the CONS is necessary to make the best decision possible. So what are the CONS to breaking the wheel? Well, to start with, though living in the groove and going where the wheel takes you may be bad, it is also comfortable. A CON for breaking out of that routine is NO ONE likes change. It is moving from the known to the unknown. Breaking the wheel requires flexibility and critical thinking skills. It needs good communication and attention to detail. Though people want change, they hate it, no matter what form it takes.

Another big CON to breaking the wheel is how much time it consumes to build a new one. As you know, the process isn’t wrong in and of itself. It only becomes a problem when it keeps us from heading in the right direction. From getting us to where we need to go. When it no longer serves the purpose it was designed for… it has to go. But building a new system to help guide the company in the right direction is time consuming with numerous moving parts that need to be tended. A new process means new training and techniques. It makes the day to day tasks wobbly as workers compensate for the lack of direction until those new processes are put into place.

The last great CON for breaking the wheel is disunity based on the feeling of ‘unfairness.’ People have a hard time with change, as I mentioned. But when mass change, like this, happens, the ‘me-my’ culture and concept come roaring in. People forget that a new wheel being built is a work in progress and immediately allow the stress that comes from change to overwhelm them. They start saying things like, “We should have just kept the old system.” Or “Probably shouldn’t have changed without working out all of the kinks first.” Even though, many of the conflicts are impossible to predict.

Why is Breaking the Wheel so Scary?

The scariest thing in the universe is the unknown. This fear is ‘Xenophobia’, though the word is now much more narrow that its original intent. Believed to be the fear that fuels all other fears. Arachnaphobia, the fear of Spiders, is from not knowing. Not knowing where it ran or where it came from. Not knowing if it’s going to jump or if it even can jump. Thanatophobia is the fear of death or dying. Rooted in our fear of what comes after life, if anything. It finds its foothold in the human mind because death’s elusive nature and unpredictability. I could go on.

Fear of the Unknown is the reason we don’t break the wheel more quickly and decisively. Terrified of what might happen to all of the affected variables. From employees who might quit if we rattle the status quo to the possibility that the new wheel won’t work or might be the company’s downfall. What if it throws us off track and we lose money or customers don’t like the changes.

Those fears, as all fears do, paralyze us so that we don’t act. They keep us in these stagnant waters until we finally stand up and break free. Until we climb from the waters that keep us captive and from the hamster wheel that saps our resources and energies with nothing to show for it.

So just, pull the bandage off. Smash the wheel and rebuild. This we must do if we have any hope of finding ourselves in a brighter tomorrow.