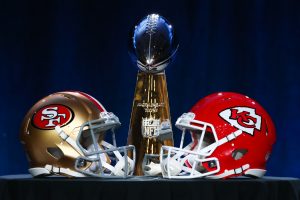 This Weekend the Kansas City Chiefs will face off with the Tampa Bay Buccaneers for the 55th Super Bowl! This tradition started on January 15th 1967 in Los Angeles, the Kansas City Chiefs faced off with the Green Bay Packers in a 35 – 10 victory for Green Bay. It was originally called the World Championship Game but retroactively became known as the Super Bowl. Today, we prepare to celebrate fifty five games where out of the many NFL Teams only FOUR have never been in a Super Bowl game. These include the Browns, the Jaguars, the Lions and the Texans. And even though not all teams have been around since the inception of the National Football League, the seventh oldest team, the Pittsburg Steelers, have the most victories in a Super Bowl with 6 victories and 8 appearances. 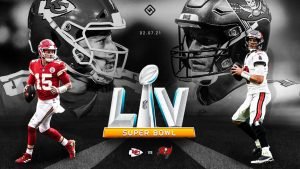 This year, friends and families will gather, hopefully still observing social distancing and safe Covid-19 practices, to watch as two teams battle it out for the coveted trophy and rings that are gifted to the victors. We will enjoy finger foods and dips of all kinds. Super Bowl Sunday is the second-largest food consumption event in the United States, behind only Thanksgiving dinner. Many of us will make our specialty sauces to go with chips, or favorite appetizers, like my locally renowned cocktail weenies. Everyone will wear their NFL gear (whether their team is playing or not) and copious amounts of alcohol will be consumed.

Super Bowl Sunday is a high gambling day, both in casinos like the Sports Books on the Vegas Strip, as well as inside of each family home and gathering place. Super Bowl Squares will be played out with someone in the party winning money after each quarter and at the end of the game. Some typical bets include wagers on the game as a whole while some of the stranger bets include putting money on who will win the coin toss, who will score first and the yardage of the first kickoff. Even stranger still, some people will bet on whether the singer of the national anthem will forget any of the words and on how long (to the second) the anthem will last.

The United States has made somewhat of a spectacle of the event, turning it, by most intents and purposes into a National Holiday.

Even for the non-sports fans, the commercials offer humor and intrigue to products they may not have heard about before. And, of course, there is the Half-Time Show which is always a focal point on the news and on Social Media platforms across the board. This year, companies can spend $187,000 per second (on average from stats in 2020) for a commercial slot during the game. This often times excludes any company that isn’t a Fortune 500, keeping the quality of the commercials high. For the animal lovers, there is a Puppy Bowl on Animal Planet that mimics a Football Game and has guessed the winner of the Super Bowl about 50% of the time – Not that anyone is watching it for it’s predictive abilities.

If you love to eat out, I would suggest any restaurant that is NOT a Sports Bar or that shows the game. Those restaurants will most surely be ‘no wait’ for guests who didn’t call ahead. But don’t waste time on take out Pizza either as it makes up 60% of all takeout orders on Super Bowl Sunday. For those who like to drink, do so responsibly, but Super Bowl Sunday is another great day to do so. Though most companies are open the next day, though many see a huge loss in productivity on that Monday.

– 28 Million pounds of chips are consumed on Super Bowl Sunday

– 1.25 billion (with a ‘B’) chicken wings are consumed on Super Bowl Sunday

– 12.5 Million pizzas are estimated to be ordered on Super Bowl Sunday 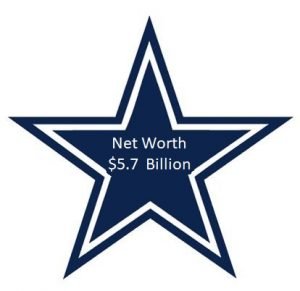 America spends approximately $17 billion on Super Bowl (as consumers) and

individuals spent approximately $110 to host a Super Bowl Party. Those who sought to experience the Super Bowl in person spend an average of $5,000 per ticket (with some flexibility depending on the match up). And the net worth of an NFL football team (based on 2020 numbers) was as low as $2 billion for the Cincinnati Bengals and as high as $5.7 billion for the Dallas Cowboys.

Should Businesses Pass or Play?

Because of how much Americans put into celebrating the Super Bowl, we, as businesses, need to be prepared to capitalize on this pseudo-holiday or intentionally choose to let it go. First things first, is it worth it to your company to put energy, time and money into promoting for Super Bowl sales? Secondly, how might your industry take advantage of the billions of dollars spent each year on this first Sunday February? Well let’s take a look!

If you are a Restaurant

You need to ask yourself two questions. One, Do I have televisions or viewing platforms to broadcast the Super Bowl with all of the appropriate licenses to show it to my customers. If your answer is no, my suggestion is to limit your staff and run your company as a slow night. Don’t waste money trying to bring those crowds in because they are not your crowd. If your answer is yes, however, then you need to decide whether to ‘double down’ on your efforts.

If you are in Retail 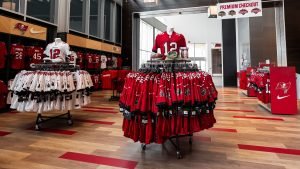 You need to realize that Super Bowl Sunday night is gonna be dead. But that doesn’t mean you can’t capitalize on this amazing event. People love deals, and as you know, deals get people in the door. That foot traffic means higher sales volumes for you and your store. Here are some Marketing ideas for retailers.

For most other industries that don’t revolve around Customer Service/Sales, I would offer you this advice. Keep your staff engaged (when it doesn’t affect safety) by allowing them to dress up in NFL gear. Let them do an internal office party for lunch. These are so simple and yet help employees to move out of the monotonous day-to-day of the job. No one has time for monotony when we are striving towards a brighter tomorrow.

Use these links for more…