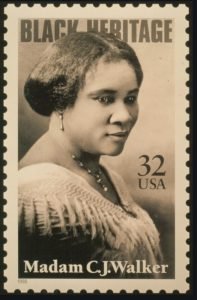 There are so many ‘unsung heroes’ from all cultures and races and genders. Many of them are lost in the archives of history. So, in honor of Black History Month, we are going to look at some of these black heroes in the world of business and entrepreneurship.

We all know about the amazing work that stars like Oprah Winfrey (who deserves her own volume of books to recount her start and how far she has come). Taking that stage with her include Michael Jordan, Dr. Dre, Jay-Z and Beyonce and more. However, in this blog I want to discuss some of the lesser known entrepreneurs who paved the way for the icons we know today. Those who fought from the ground up to show the world that they could make it in spite of what the world threw at them. Unsung Heroes in Business. 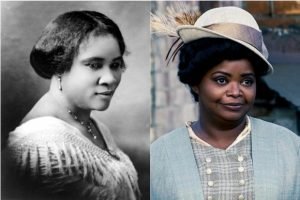 Recorded as the first female self-made millionaire in America, Madam C.J. Walker is not completely ‘unsung’. Her history gained momentum with the very recent series on Netflix called Selfmade. Born Sarah Breedlove on December 23, 1867 in Delta, Louisiana. One of six children, Walker was the first in her family to be born into freedom as all of the others were enslaved to Robert W. Burney. Her parents died only a year apart when Walker was only 7 years old. By 10, she had moved to Mississippi with her older sister and brother-in-law to work as a domestic servant.

“I had little or no opportunity when I started out in life, having been left an orphan and being without mother or father since I was seven years of age.”

Madam C.J. Walker was married at 14 to her first husband who died 6 years later, after giving her a daughter. She remarried twice more after that. Eventually she settled with her 3rd husband, Charles Joseph Walker, when the name ‘Madam C.J. Walker’ became what she was known by. It was just prior to her marriage with Charles that Walker began her business developing hair goods for prominently black hair care, starting specifically with dandruff which was common among black women of her era. This was mainly due to the application of harsh products to cleanse hair and wash clothes. She learned about hair care from her brothers, who were barbers in St. Louis.

Beginnings for one of our Unsung Heroes in Business

In 1906, She marketed herself as an independent hairdresser and retailer of cosmetic creams. She sold her products door to door, teaching other black women how to groom and style their hair. Walker put her daughter in charge of the mail-order operation in Denver while she and her husband, Charles, traveled throughout the southern and eastern United States to expand the business. They soon relocated to Pittsburg where they opened a beauty parlor and established Lelia College to train “hair culturists.”

By 1910 Walker established the headquarters for the Madam C. J. Walker Manufacturing Company in Indianapolis. She purchased a piece of property and eventually built a factory, hair salon, and beauty school to train her sales agents, and added a laboratory to help with research. With the company’s growth she began hiring essential staff to manage it. Many of her  employees, including those in key management and staff positions, were women.

Climax of these Unsung Heroes in Business 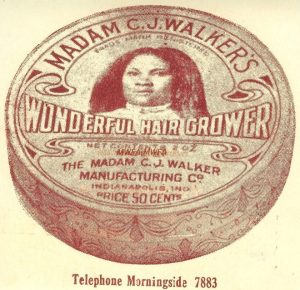 During the height of her career, Walker and her company employed several thousand women as sales agents for its products. The company claimed to have trained nearly 20,000 women sending them out in black and white uniforms to do door-to-door sales and presentations.

The first recorded female millionaire, philanthropist, activist for human rights both for women and the black community. Madam C.J. Walker did more than make her own way, she paved the way for women, of color and not, to face a world that had existed in spite of them. She was called as a speaker, often keynote, to gatherings across the nation. Some of the more notable include the YMCA, the National Association of Colored Women and even the National Negro Business League (NNBL).

She donated thousands of dollars to black communities for restructure and family growth. She offered scholarships and low income assistance. This didn’t stop after her death in May of 1919. Walker, before her death, pledged $5,000 (the equivalent of about $78,000 today) to the NAACP’s anti-lynching fund. At the time, it was the largest gift from an individual that the organization had ever received. She bequeathed nearly $100,000 to orphanages, institutions, and individuals. Her will directed two-thirds of future net profits of her estate to charity. She was a legacy, a woman, a human, worth celebrating this month and every month. The life of one of our Unsung Heroes in Business. She takes the cake.

Clara Brown – The Angel of the Rockies 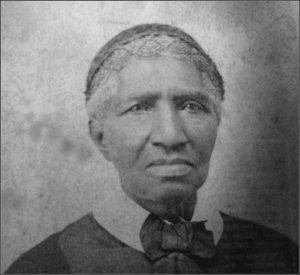 Brown was born into slavery near Independence, Missouri on January 1, 1800. Her and her mother were soon after sold to a land owner in Virginia. She was eventually  moved to Kentucky where she married a fellow slave when she was just eighteen years old. Together they had four children. But in 1835, her family was torn apart when they were all sold to different slave owners. Clara was sold to a plantation owner in Kentucky. And when She was 56 years old, she received her freedom. Required to leave the state, she worked her way west to Denver, Colorado.

She settled down in Central City, a small mining town near Denver, working as a cook and laundress. From here, she would attempt to find her family. She sent letters out to locate her family with the aid of friends who could write. Brown received word that her husband Richard and daughter Margaret had died. Her son Richard was lost, but she vowed to find her daughter Eliza Jane. Sadly, her search was in vain and she thought she would never be reunited with any of her family again. In the process however, she was able to help dozens of former slaves find their way to Colorado where she would set up a community to harbor them.

A Title to Match the Deeds

Brown set up the first laundry in Gregory Gulch, later called Central City, Colorado. She worked as a midwife, cook and house maid and nursemaid. Her income grew substantially when she took on a partner and expanded her business. She invested her earnings in mine claims and land and within several years had made more than $10,000 in savings. This is what made her one of our Unsung Heroes in Business. Reportedly, she owned sixteen lots in Denver, seven houses in Central City, and mining properties in Boulder, Georgetown, and Idaho Springs.

Brown generously gave of herself to those in the community. In her house, she hosted the first Methodist church services. She helped those in need any way she could, whether newly settled Euro-Americans or Native Americans. All were welcome there. Lovingly called “Aunt Clara,” her home was, “a hospital, a home, a general refuge for those who were sick or in poverty.”

“I always go where Jesus calls me,” She often told her friends and new family.

A Light at the End 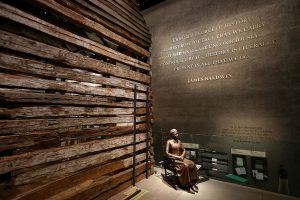 In her old age, Clara Brown moved to Denver. Her lungs could no longer sustain the higher altitude and she lived in the home of a close friend. After years of writing letters, one day Brown received one in return. Her daughter, Eliza Jane, was living in Council Bluffs, Iowa. Brown mustered her strength and traveled there to see her. She was 82 years at the time. She returned to Denver with her granddaughter after a lengthy visit. Later, her daughter, Eliza Jane visited them. She stayed through Brown’s death on October 23, 1885.

Clara Brown was a mother to many and a saint to countless more. She had made such an impact that her funeral was attended by the Mayor of Denver and the Governor of Colorado. They memorialized a seat in the Central City Opera House in her name. And she was inducted into the Colorado Women’s Hall of Fame in 1989. Let us never forget those who treaded the roads before us, for we are where we are because of them. We are who we are because of their kindness through tragedy. And because of the foundation they stomped out with perseverance and dedication.