A Man had an Idea 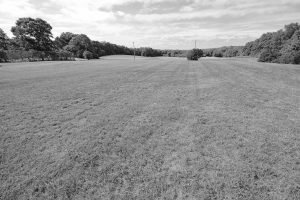 Robert “Bobby” Riggs (Founder of Custom Equipment) started his career in the metal fabrication industry selling to various companies both locally and across the country. Though he is a man of many ‘hats’, even known by some as “The Legend Himself”, his crown jewel has always been his ability to connect with people. Whether he has known someone for years or just met them, Bobby knows no strangers. He has an uncanny ability to find something that connects us all together. Maybe it’s a distant relative who is that relative’s neighbor, or possibly a childhood friend they don’t even remember. He has a way of drawing people into his service-oriented personality and positive attitude. His outlook on life is contagious.

As a young man, he joined the sales force for a company he knew and an industry he understood, bananas. Cutting hands of bananas from the stalk for his Grandfather’s Charleston Grocery Store at an early age. He knew bananas up close and personal and was comfortable selling container loads to national grocery accounts. But it wasn’t long after this that he was discovered by a metal fabrication company that saw his great potential and sought him out to join their sales team. They hoped he could be the solution to increase their sales.

He became a top of the line salesman even making sales from hundreds of miles away. He would travel across states to reach headquarters, but over those long treks, he would stop in to find new buyers. Building relationships and serving these customers started to take root vocationally, as it had already been rooted in him personally.

An Idea Became a Possibility 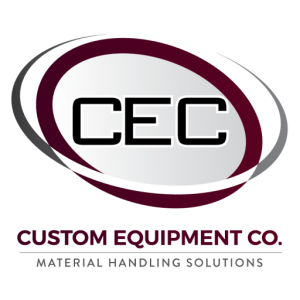 As the years passed, and he honed his skills as a salesman, the economy took a downward turn. The economy of the U.S. tightened. Much like 2020, many saw the calamity as the fall of their livelihoods and of themselves. Bobby, however, was not phased, taking the chaos in stride. He capitalized on the broken, economic structure of the late 70’s and allowed God to move around him and through him. And so He did.

Soon, Bobby received the biggest opportunity of his life. A company sought him out to bring the designs of a product, typically made of metal, to them so that they could fabricate it out of plastic. This project was the start of everything we know today as Custom Equipment Co. Articles were written of his innovation in material fabrications and his success around the country. He realized then, that the possibility had risen and he had to take it. He knew that the high volume of need was there.

So, he bought a piece of land in Charleston where he put a trailer that he would live and work from. He began knocking on doors to find customers… and in May 1978, some 43 years ago, this company was born.

A Possibility Became a Job 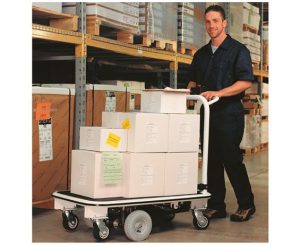 He hired on a part-time secretary who worked from a tiny office in the trailer with room for only her. A second salesman was hired, and together they worked to build their customer base and client list. Over those 43 years, Bobby continued to be the solution to the material fabrication industry. He did custom work to build plastic boxes that launched the company forward on a tidal wave of success. Using Vacuum Form and Injection Molding, he brought solutions to special projects. Many of those for fortune 500 companies that are household names. From light weight, high impact, edge racking distribution pallets to innovative and ergonomic spools for major tire manufacturers for side walls and tread, Custom Equipment has become a leading edge of material handling and custom built products. Bobby lives by the standard of thinking outside of the box to find a solution for manufacturing issues.

“I build customer loyalty by providing the best solution, even if, on occasion, I see the need to refer them to another company’s product.”

That Job Became a Company 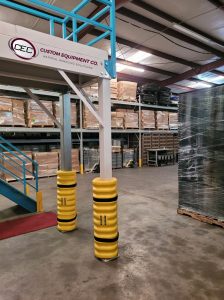 Custom Equipment Company Inc. (CEC), progressing on that idea for more than forty years, is filled with prominent representatives of the material handling industry. It provides products to major manufacturing plants in the Lowcountry and the entire country. CEC quickly grew by offering new and innovative products to companies throughout the US, Canada, and Mexico.

It became one of the leaders in ‘Going Green’ before it was a requirement. Initially, their products consisted of custom metal and standard products. Since then, they have evolved to pioneering the use of plastics for returnable containers, pallets, spools and totes. The implementation of plastics for returnable packaging was both economically and environmentally friendly. Plastic is recyclable and a fraction of the cost and weight of steel or other reusable products.

And they plan to continue that growth. Custom Equipment will continue to be innovative and proactive in an industry that they have been a part of through its growing pains. Their experts are constantly looking to transform the industry and maintain the highest level of innovation possible.

When you have an issue, Custom Equipment will find a solution, even if that means turning you to someone else in the industry when they can’t provide the solution that best fits your need. Customer loyalty through great service!

Let us be of service to you as we move forward to a brighter tomorrow!