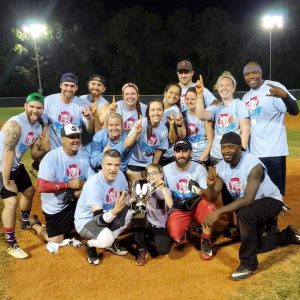 As a coach for a Co-Ed Softball team in Charleston, I am called upon to lead an extremely diverse group to work together for two specific goals. Victory and fun. In order to provide a team with diversity, I must accept, understand, acknowledge, celebrate, and value the differences inherent among each player with respect to race, age, ethnicity, mental capability, social standing, gender, and physical ability. As I am sure you gathered from that statement… this isn’t just about a Softball Team. This is a look at how Coaching a Softball Team corelates to Leading a Diverse Workforce.

Our Softball Team had 9 men and 8 women. We have 3 black Americans, 1 native American and 13 culturally diverse white Americans. We have 1 gay man and 1 lesbian among 15 others who identify as straight. Our social standings vary from CEOs to Warehouse workers, from Consultants to Vet Techs to small Business Owners. Ages ranging from 22 to 52 and physical abilities that range from college starters to those who have never played before. We are extremely diverse, but we have adopted a culture of like-mindedness and forward focus.

How we came to be?

Our team formed in Spring of 2018 when twelve random people signed up to play for a Social Club in Charleston, SC. The league didn’t have enough places to put us, so they threw all twelve onto a single team where no one knew any of the others. This made for an exciting first three seasons when we had to figure out positions, line-ups, coaching and rules for the specific league.

No pitcher, which is VITAL to any team that hopes to be competitive, we simply switched off in hopes that someone would eventually be good enough to lob some pitches over the plate. Very quickly we realized we had put everyone in the right spots, but there was a spot that couldn’t be filled by anyone currently on the team. So we had to look outside for someone to fill that void.

So we started asking around, and we were told someone looking for a team to play with. And guess what? He was a pitcher. Knowing nothing about him other than the fact that he knew how to do the job and that others in the league recommended him, Chuck joined us and in many ways, completed us. It didn’t matter what he looked like or his financial back ground. He came recommended and he came to play. 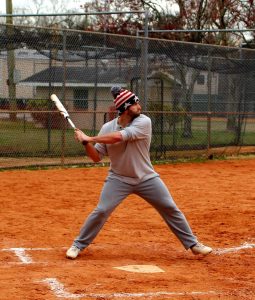 This is a good question. How do you decide who should play where? How did a team of random players just happen to mesh with near perfection? Well, we implemented a process. First, we made sure everyone was on board with our two main goals: We want to win, but we want to have fun too. Everyone was on board with the ‘mission’ (that’s very important) so we said, everyone take the field. Choose infield or outfield. Once we separated that way, we made sure that the appropriate number of boys and girls were in each, in accordance to the rule book for the league.

Then, we separated again, taking specific positions in our field of choice. Some people overlapped, but that was ok. Those pairings would alternate and could also fill in at other, similar positions. Everyone got what they wanted because they were given the opportunity to choose. And from there we began to play.

As we started playing, everyone began to realize who the better players for each position were, and without even saying so, those players became the first string team. But we also rotated to give everyone the opportunity to play in the field. An environment of fairness paired with a desire to be the best we could be, began to grow the team ORGANICALLY. We were serving a higher goal in our mission, and that is where our focus went.

But did you ever win?

At the beginning, the first season, we seldom won. Some people left because of the lack of winning. But those who stayed saw an even win to lose ration the second season. Season three we made it to the playoffs and did well. And season four, we WON the Championship. That was the first part of the mission. The second part? We did that from day one. Now we party together, travel together and celebrate together. We went from a misfit softball team to a family all because we allowed our vision and mission to guide us, and EVERYONE was on board. The ones who weren’t, they left of their own accord.

What does this have to do with Diversity in the Workplace?

Well, now I’m disappointed if you didn’t catch all of the symbolism. But I don’t mind breaking it down a little further, to be more clear. Let’s break it into points.

These lessons on Diversity are great for sporting teams and workplaces and life in general. Let us let go of bias and walk, as a truly unified people, into a Brighter Tomorrow.